How do you win the speed race in the arena in Raid: Shadow Legends?

This is a commonly asked question that we receive and have put together this article to help you find the best solution for your team.

Building your speed lead in full speed sets is very important because it boosts your speed by 12% for each completed set and you can have 3 on each build (this is boosting your base speed, not overall speed) therefore you will have boosted your speed lead’s speed by 36%.

If you have the divine speed set then it will also help you in the overall fight as it gives +15% hp shield for 3 turns, therefore the champion won’t just be a speed booster as it will have other stats which can aid your survivability should you get hit.

Speed aura is very important when it comes to boosting speed in the arena as it gives an extra % of speed to the entire team when a person with a speed aura is in the lead position.

An aura is when a champion can boost a certain stat in certain parts of the game, for example, Skullcrown has a speed aura of 23% in the arena so she boosts her whole team’s speed by 23% when placed in the leader position in the arena. 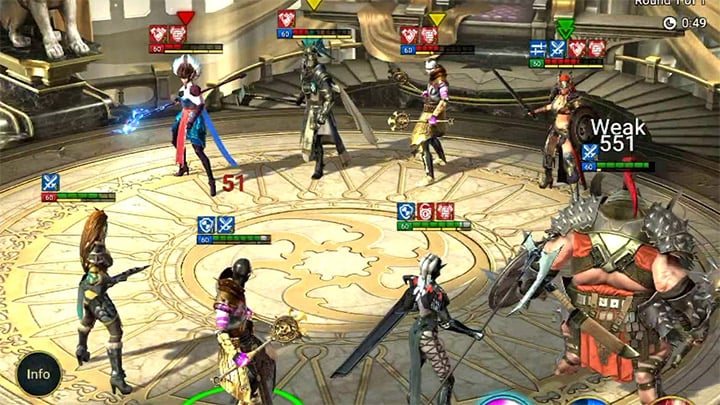 This aura’s really helpful when in the arena because that extra boost of speed could be the difference between you going first and winning or you going second and getting nuked.

When you build your speed booster you need to get the best sub stat of speed on your speed sets as the minor numbers will play a massive part on if you beat the opposite speed booster or not. It’s all about the small numbers as you go up into the platinum rank because they will have all the best speed gear and stats in order to beat you.

So to counter this play you need to go faster. It doesn’t matter what the primary stat is as long as you get the speed in the artifacts but if you can get the correct primary stats then that’s a bonus.

Your speed lead needs to have at least 100 base speed as a minimum otherwise you’ll lose the race before it’s even started. This is because the speed set and aura are based on the champions base speed so the % will give more if your speed booster has more base speed.

You also want your speed booster to increase turn meter rather than increase speed buff because the turn meter is instant and lets your team go next.

Right now it’s time for some maths! When you’ve built your speed booster with its maxed speed stats you cannot forget the second person in your team needs to have a great speed as well otherwise the opposition will cut in and boost their team’s speed.

Therefore the second person in your team needs to have the speed boosters speed divided by their turn meter boost.

So say the speed lead has 250 speed with 30% turn meter increase you would do 250/1.3 which equals 193. So your second champion would need to have this amount to not be cut in. I hope this makes sense to you guys!

There is a really useful speed calculation tool located here that can help you tune your team for success.

For more tips and tricks watch the video below!