Raid Shadow Legends – Block Passive Skills was introduced into the game in patch 4.20. Previously a single Block Cooldown Skills debuff existed but this has now be separated into two distinct debuffs. Whilst Block Active Skills works on all active skills with a cooldown, this debuff will work on passive skills blocking the champion from utilising those abilities for the duration of the debuff. Not many champions currently have this debuff in their kit however we expect this to be developed over the next 12 months. 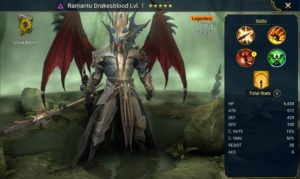