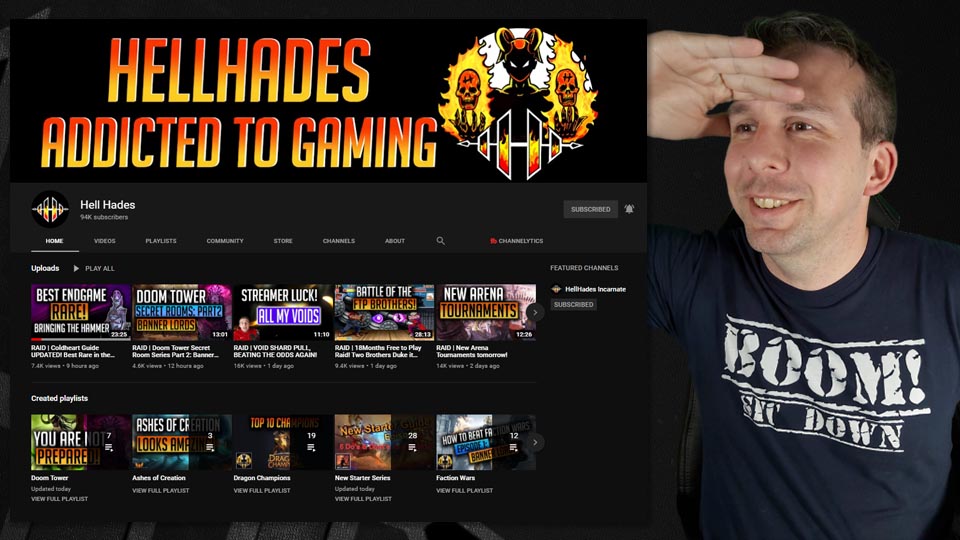 HellHades started creating videos on Raid Shadow Legends in November 2019. Since then he has taken the content creation platform by storm by growing his Youtube channel to 100,000 subscribers during his first year!

In March 2020 HellHades turned to Twitch seeking a creative outlet that was closer to his community and enabled a more interactive experience. HellHades quickly established himself as the main streamer on twitch for Raid Shadow Legends content, whilst also offering his community other fantastic games to explore.

HellHades has been a gamer all his life with a passion for min-maxing his gameplay in both fast-paced action environments and strategic gameplay. Some favourite titles include Settlers 2, Civilisation 2, Championship Manager 2, XCOM, Final Fantasy, Star Wars Galaxies, World of Warcraft, Counter-Strike Source, Raven Shield, Raid Shadow Legends.

HellHades forges his own paths on his chosen platforms. He brings his experience from many years working within a high-pressure sales environment to the world of content creation.

Having established himself as the go-to creator for new players and experienced players alike, HellHades offers guides and solutions on a daily basis to help people make the most out of their time playing Raid Shadow Legends and other similar titles.