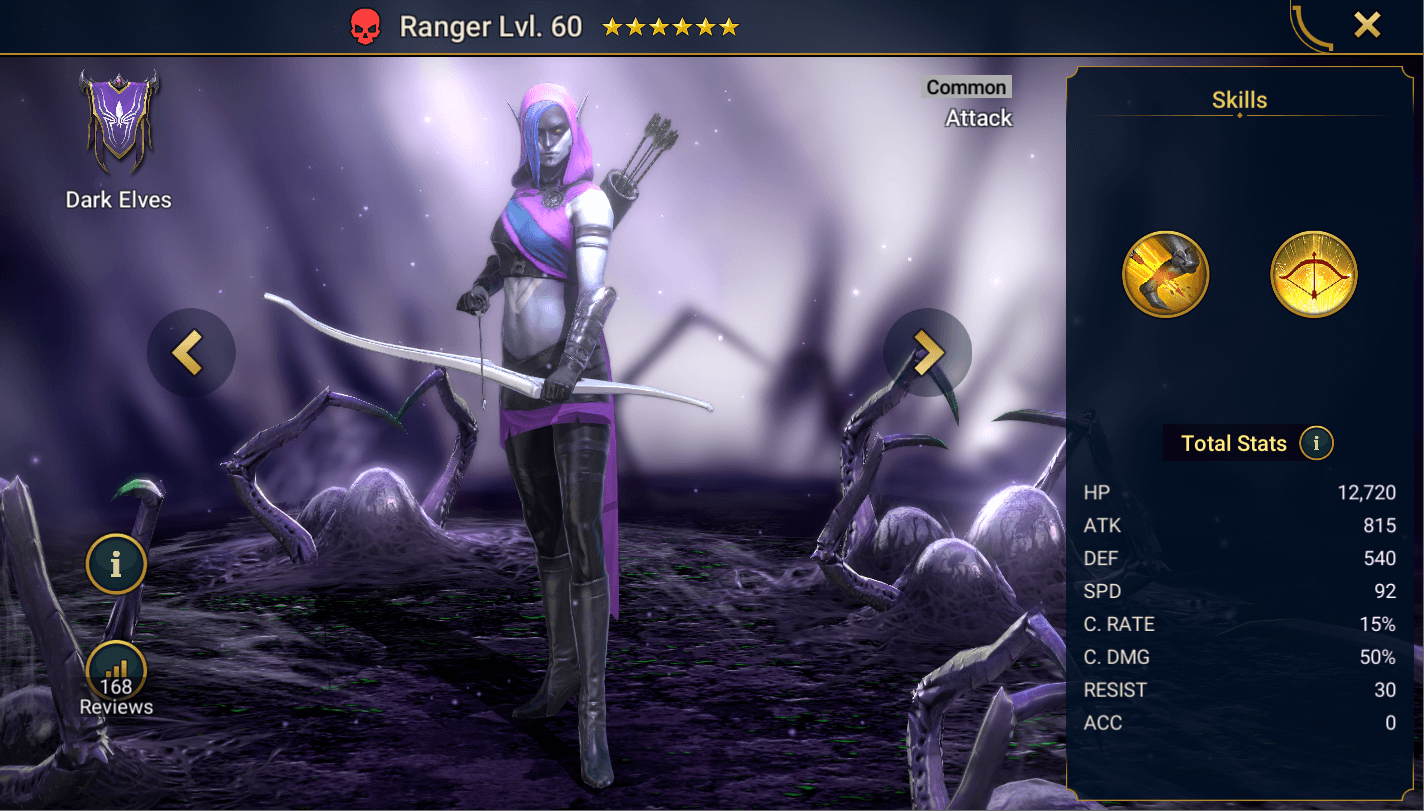 Ranger is special! She discovered she could cast a second spell. She was so excited that not only could she cast it, she could cast it frequently and on every opponent.

In her excitement she missed out on the fact she needed to hurt her opponents. Unfortunately she’s still fodder to all her Dark Elf allies.

This champion is not recommended for use in PvP