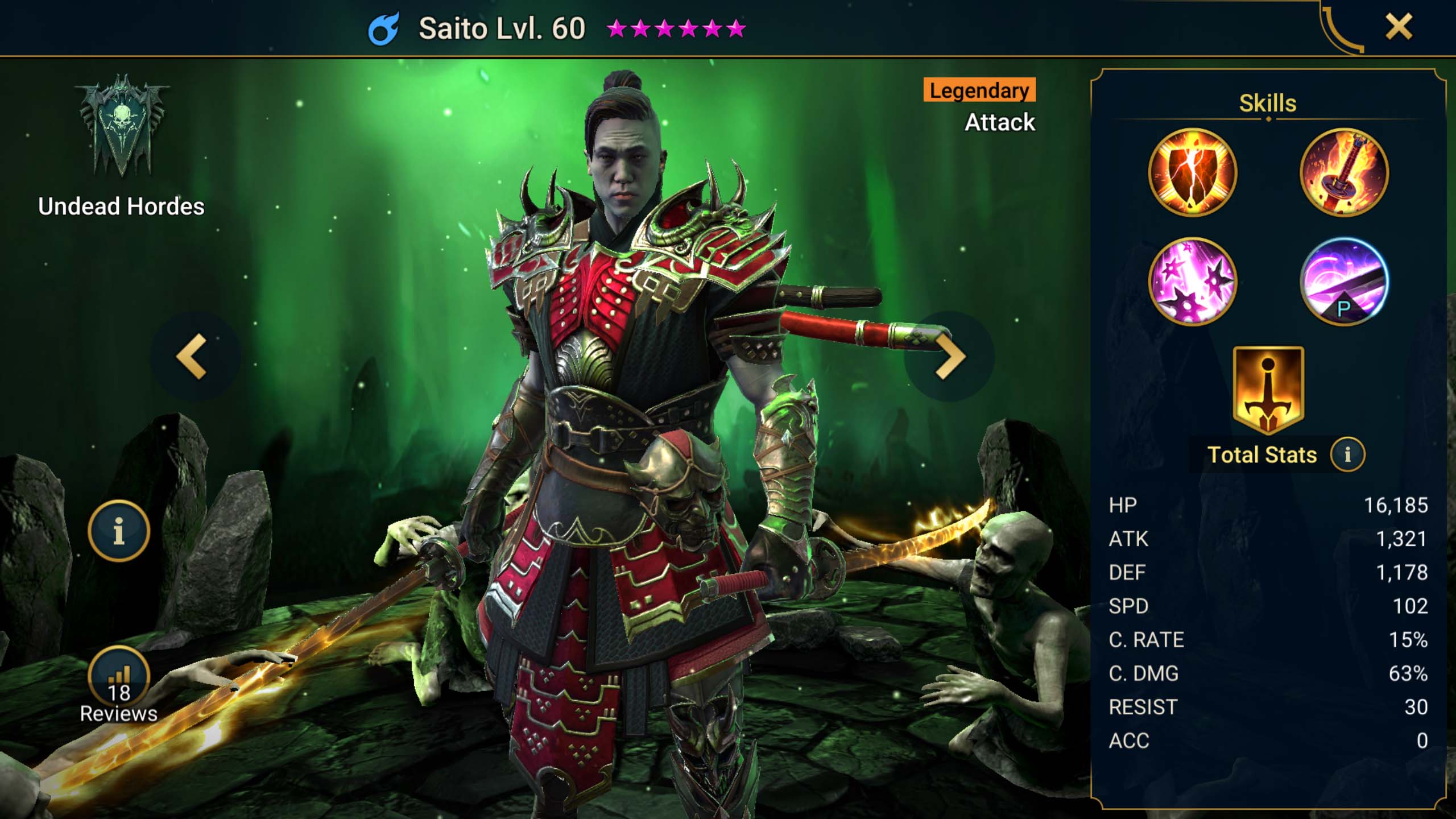 Saito is a Magic affinity legendary from the Undead Hordes faction. He was added to the game in October 20 following a trip made by content creators to Plarium HQ where Cerberusarms was lucky enough to have his image taken and incorporated into the game an an Undead Samurai. Saito is a hard hitting Attack based champion that can flourish in the Arena, Clan Boss or add real power to your Dungeon teams. He is an out and out damage dealer to help you clear content faster and more efficiently.

Saito is a really fun legendary champion, well worth 6 starring and building with a lot of crit rate and crit damage ideally in cruel or savage gear.

Will ignore 7.5% of enemy DEF for each time this champion attacks the same target enemy in consecutive attacks or Turns. Stacks up to 30%. The stack will be lost and reset if this champion targets and attacks a different enemy.

Increases Ally ATK in Dungeons by 30%