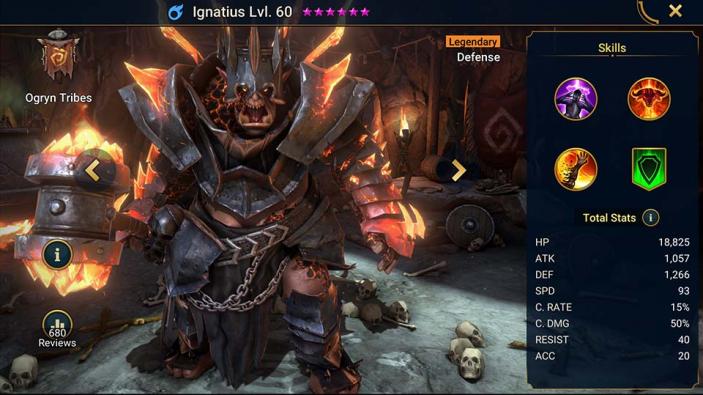 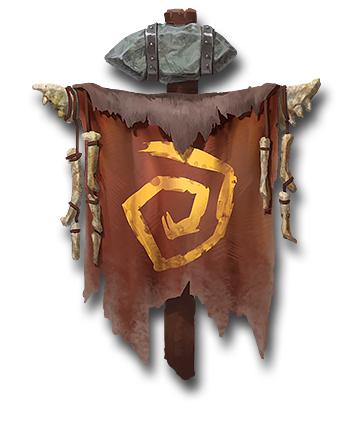 Ignatius is a Magic affinity legendary from the Ogryn Tribes faction. Ignatius is known for his AOE HP burn which requires zero accuracy to land! Ignatius was one of the first champions in Raid Shadow Legends to give people a comfortable way to beat Spider 20! Since then more AOE HP burn champions have come into Raid however Ignatius remains one of the best.
His build for Spider is very different from other areas of the game. In Spider 20 you want to let the burn do the damage therefore low crit rate, low crit damage is best so that you do not hit the spiderlings too hard.
If building as an Arena nuker build high crit rate, crit damage and high defence. You can also run him as a solo farmer in Nightmare Campaign 12-6 if in high crit, crit damage defence, over 200 speed and in lifesteal gear. He is one of the few that can farm Nightmare Campaign in under a minute solo.
Ignatius also has a kit that lends itself to the Sorath fight in Doom Tower with AOE HP burns however it may not cast on auto.

Overall Ignatius is a great defensive champion who can hit really hard!

Increases Ally DEF in all battles by 25%.