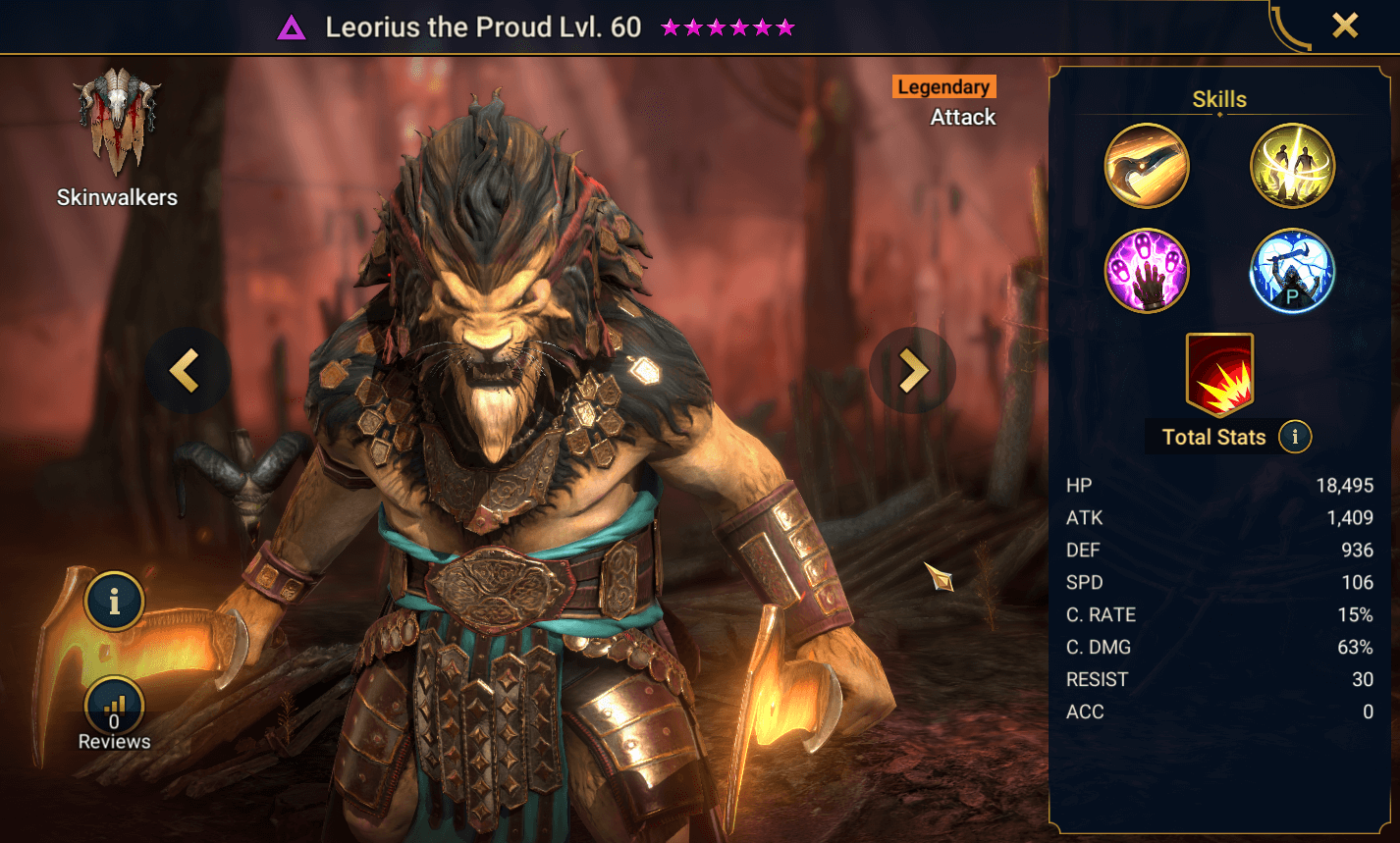 Leorius the Proud roars into Teleria with an insane combination of abilities joining the Skinwalker faction.

He looks like an Angry Simba and there is a reason to fear him! Firstly he has single target Decrease Defence on a 60% chance to hit on 2 hits. This will likely mean it lands most of the time. His A2 is an AoE double hit ability however whilst this skill is not on cooldown, Leorius cannot be debuffed with hard crowd control making him extremely potent as your arena nuker. He also brings an AoE Weaken followed by an AoE attack that also places True Fear. Even if you don’t go first, Leorius can take a hit as he will grant himself Unkillable with his passive. What makes him potentially scary to face in Arena is that dealing damage to him only makes him stronger with the potential for a 99% increase damage multiplier.

On paper, Leorius might be one of the best Void Legendaries in the game. In arena he cannot be controlled and cannot be killed (without a buff strip or block buffs debuff) and in PvE content, he bring control on waves and plenty of damage. Finally he fits perfectly into any Unkillable Clan Boss team, with the ability to bring Weaken, Decrease Defence and don’t underestimate the value of his 24% Critical Rate aura helping you reduce the load on your other champion builds.

DMG based on ATK

Rage of the Pride - 3 Turn Cooldown

Passive Effect
This Champion is immune to Stun Freeze, Sleep, Provoke, Fear, True Fear, Petrification debuffs when this Skill is not on cooldown.

Attacks all enemies. Has an 80% chance of placing a [True Fear] debuff for 1 turn.

Instantlyplaces an [Unkillable] buff on this Champion for 1 turn before receiving a fatal hit.

Damage increases as the Champion’s HP decreases (by 1% for every 1% of HP lost).

Increases Ally C.RATE in all Battles by 24%