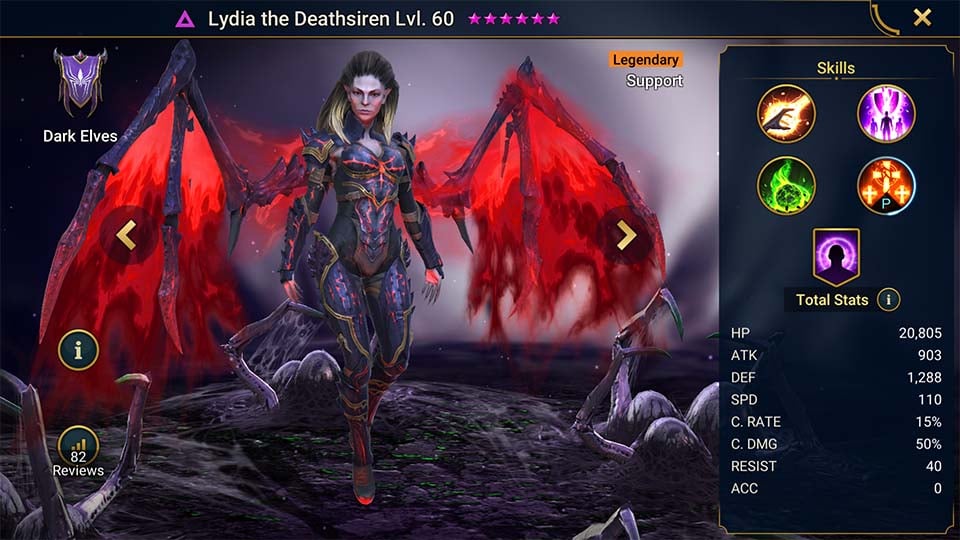 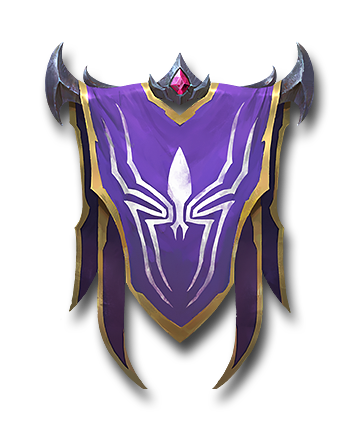 Lydia the Deathsiren is a Legendary Dark Elves champion only available from completed all on the Faction Wars stages, 3 starred on every stage with every boss complete.
Lydia was added to Raid: Shadow Legends in October 2020 as a Void affinity Legendary reward and cannot be summoned from a normal Void shard pull.
I use Lydia in my End Game Clan Boss team alongside Valkyrie, Altan, Sandlashed Survivor and Bad-El-Kazar in a team hitting for over 100 million!

She is extremely strong in the Arena due to her block revive ability and will be able to form part of any team in any content! Lydia is a fantastic Legendary champion!

Passive Effect
Attacks enemy Champions with this Skill whenever they place a Freeze, Stun, Fear, True Fear, Petrification debuff on an ally. The number of attacks increases according to how many debuffs are placed at that time; 1 attack for each Freeze, Stun, Fear, True Fear, Petrification debuff placed. The first attack will target the attacker, while all extra hits will attack random enemies. Can only attack each enemy once.