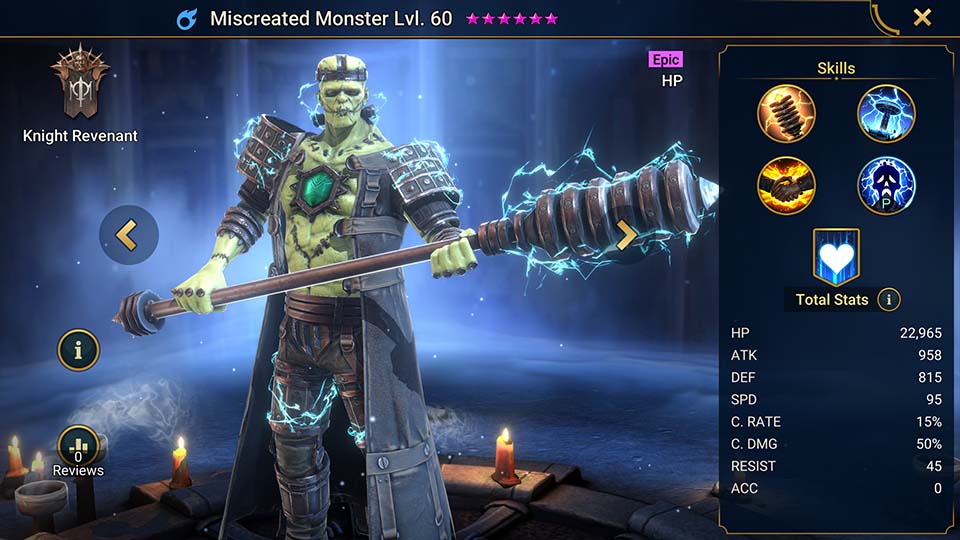 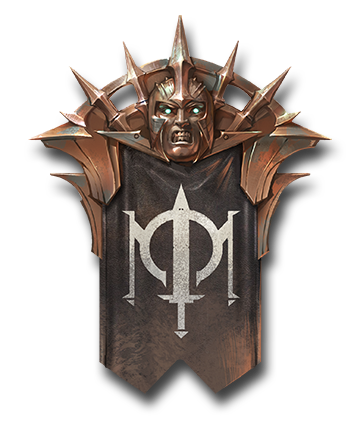 Miscreated Monster is a Legendary champion in an Epic skin! Miscreated Monster is a Magic affinity Knight Revenant Epic who was introduced during the Halloween event in 2019. As soon as he appeared in the game he was a ‘must-have’ Epic bringing incredible team protection, damage, and control of the enemy. Miscreated Monsters’ signature move is his A2 ability which attacks all enemies with a chance to stun them all. With the same ability he shields his team for a % of the damage he inflicts. This ability is top tier in Spider! Only Sir Nicholas competes with team utility in this field. Borgoth is another arena where Miscreated Monster is godlike, not for his damage, but his 3 turn shield on a 3 turn CD.
Miscreated Monster is also a bully in the early game arena and brings strong support in Dragon, Ice Golem and Fire Knights. He can support teams with his Ally Protection ability which is also effective in Clan Boss although this isn’t his best area. Knight Revenant lack control therefore he is also a must-have epic in your faction wars team!

Increases Ally HP in the Arena by 33%