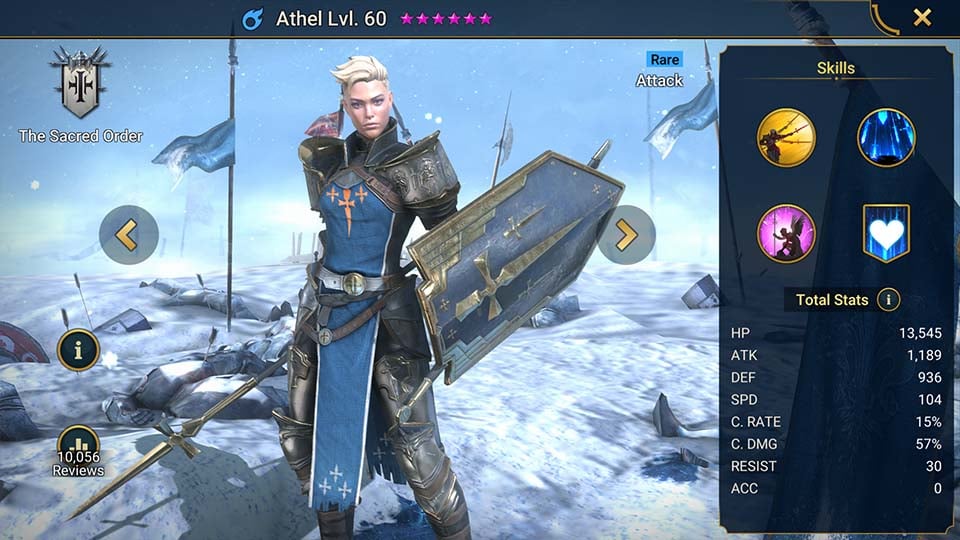 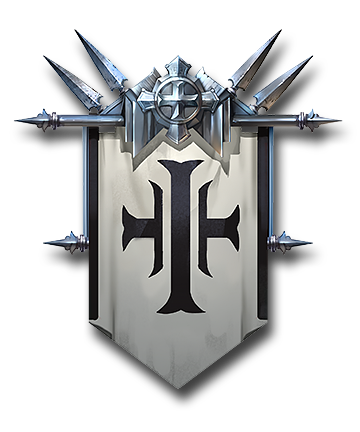 Athel is a rare from the sacred order faction. As one of the available starter champions Athel is a strong rare however is over shadowed by Kael. She does have a 3 hit a1 with a weaken debuff making her a strong early to mid game champion for Fire Knight and Clan Boss. Athel is also capable of doing high damage Attack all Enemy hits on her A2 making her very viable as a campaign farmer, dungeon wave clearer and arena nuker. If you build her in this way ensure you only build her to 85% Crit Rate as her A2 naturally has an additional 15% chance to critically hit built in.

Overall a very strong rare with utility to play in almost every area of the game right through towards end game.